Coach of the South African national men’s football team Molefi Ntseki is confident that the team can qualify for upcoming continental and global tournaments. The 50-year-old was appointed to the Bafana Bafana hotseat in August 2019, replacing Stuart Baxter who left his post after the Africa Cup of Nations in Egypt.

South Africa has not participated at the FIFA World Cup since hosting the competition in 2010 and the last time they qualified was when Portuguese tactician Carlos Queiroz guided them through an unbeaten run in the qualifiers for Korea/Japan 2002. Ntseki however believes they are good enough to reach the tournament in Qatar in two years time. According to him, the continuous movement of South African players to European leagues will serve Bafana well in years to come.

“If we have a top league in South Africa, we will have top players. If we have top players, we will export more players to top European leagues. If we look back we will realize that we once had top players and many of them playing in Europe and doing very well there,” Ntseki said.

“In recent years, we’ve seen a decline in the numbers of players we are exporting.

“When you look back since 2014 we are seeing an increase of players that we are exporting again. We are profiling them and we will bring them into the set-up. 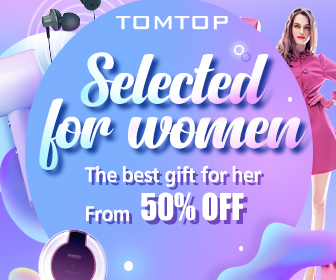 “It is important to have a top league because we can export players. When that happens we will have a strong team.

“Doing well in the Afcon will also produce good quality players and they will be scouted by European teams.

“When that happens, we will have players who will qualify for the World Cup. Not just qualifying but doing well in the competition itself.”

Molefi’s appointment came as a surprise to many as the Bafana Bafana role is his first senior management job. He was formely coach of the South African under-17 side and worked as one of the assistants with the national team under the last three coaches.

He was Stuart Baxter’s assistant at the Africa Cup of Nations in Egypt in June and after Baxter announced his resignation was named caretaker coach before being given a contract till the end of the 2022 FIFA World Cup.

South Africa are drawn against Ghana in both the 2021 Africa Cup of Nations and 2022 FIFA World Cup qualifiers. Tha Black Stars have already defeated South Africa in the AFCON qualifiers, winning 2-0 in Cape Coast but Ntseki is confident that his team can qualify for both competitions.

“I believe that with the group that we have now and another talent that is waiting on the wings, we will have a very strong team going into Afcon and World Cup,” he concluded.

“Qualifying for the Afcon will be a great preparation for us to go for World Cup qualifiers. I have faith in the team.”

China cites pandemic and withdraws as host of 2023 Asian Cup