House Set to Back China Sanctions Amid Rising Tensions With U.S.

(Bloomberg) — The House of Representatives is poised to give final passage Wednesday to legislation that would sanction Chinese officials for human rights abuses against Muslim minorities, the latest in a series of moves by Congress and the White House to put pressure on the Beijing government.

The measure was approved by unanimous consent in the Senate earlier this month, and it has broad support in the House amid rising criticism of China over trade, its handling of the initial coronavirus outbreak and its attempts to put down anti-government protests in Hong Kong. 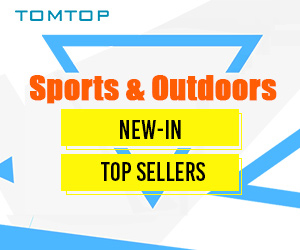 President Donald Trump on Tuesday declined to say whether he would sign the legislation if it passed the House, saying it was being reviewed at the White House.

“We’re taking a look at it very strongly,” he told reporters.

China has threatened retaliation over efforts in the U.S. to exert pressure over human rights issues. The House vote comes as relations between the world’s two biggest economies are at a low point.

The administration is separately considering possible penalties against Chinese officials, businesses and financial institutions if the authorities crack down on dissent in Hong Kong with a new national security law. Reports of new steps against China curbed a rally in equity markets, sending the S&P 500 to session lows in the final half hour of trading on Tuesday. Chipmakers and megacap tech firms that have large dealings with China bore the brunt of the selling.

The legislation before the House on Wednesday condemns the internment of more than 1 million Uighurs and members of other Muslim minority groups in the Xinjiang region of China. It also calls for closing the camps where they are being held and would require Trump to impose sanctions on and revoke the visas of any officials found to be responsible for the oppression of the Uighurs.

The vote reunites a bipartisan and bicameral coalition that was instrumental in passing the Hong Kong Human Rights and Democracy Act in the fall of 2019 and comes as the National People’s Congress is considering a new national security law for Hong Kong that opponents fear will curtail essential freedoms and criticism of the Communist Party.

Hong Kong has become the renewed focus of attention as lawmakers wait to see whether the Trump administration will certify that the region remains fully autonomous.

White House Press Secretary Kayleigh McEnany said Tuesday that Trump was “displeased” with China’s efforts and “that it’s hard to see how Hong Kong can remain a financial hub if China takes over.” She declined to elaborate about specific actions the president was considering.

Republican Senators Marco Rubio of Florida and Pat Toomey of Pennsylvania have in recent days speculated that Secretary of State Michael Pompeo would be forced to decide that the region is no longer autonomous, which could trigger changes to how the U.S. treats the region when it comes to trade.

“I wouldn’t be surprised if Secretary Pompeo decides to certify that Hong Kong no longer meets the standard of sufficient autonomy” if the law is passed, Toomey told reporters Tuesday.

Toomey and Senator Chris Van Hollen, a Maryland Democrat, have sponsored legislation that would levy additional sanctions on Chinese officials found to be interfering in Hong Kong affairs. Their legislation includes secondary sanctions on banks doing business with those officials. That legislation focuses on the entire Chinese financial sector, according to the senators.

Van Hollen said the legislation “is designed to hit the Chinese Communist Party and the individuals involved in these decisions where it hurts.”

The issues surrounding the Uighurs and the autonomy of Hong Kong are just a few of the many raised by lawmakers in the weeks following the outbreak of the coronavirus.

For several weeks, it seemed as though the emerging bipartisan consensus that the U.S. should take a tougher stance against the Beijing government had begun to fracture. Democrats were wary of lending credence to Trump’s efforts to focus on China as the main party responsible for the devastation wrought by the pandemic in the U.S. But action in both the House and Senate in recent weeks would seem to indicate there are still areas of bipartisan agreement, particularly when it comes to human rights.

Toomey and Van Hollen have also introduced legislation that would delist Chinese companies from U.S. stock exchanges if they fail to comply with U.S. accounting disclosures. Republican lawmakers have also in recent weeks unveiled proposals that would allow U.S. citizens to sue China over the coronavirus and withdraw U.S. government support for Hollywood productions that comply with Chinese government censorship.

For more articles like this, please visit us at bloomberg.com