JERUSALEM — With fears of a second wave of coronavirus infections looming, some Arab Gulf nations have turned for help to an ostensible enemy and a country they don’t officially recognize: Israel.

Call it COVID-19 diplomacy, according to Yoel Har-Even, head of the international division at Tel Aviv’s Sheba Medical Center, one of Israel’s top medical institutions. The hospital has received inquiries about services and treatments from private individuals and businessmen from countries where “you have to have official permission to reach out” to Israel.

Har-Even said those nations include Bahrain and Indonesia — which do not have diplomatic ties with Israel — and a few majority-Muslim countries that do recognize Israel, such as Jordan, Egypt and Azerbaijan. He also did not dispute numerous Israeli media reports that have put the United Arab Emirates and Kuwait on the list as well.

“COVID-19 has served us well,” he said in an interview. “I wouldn’t say that attitudes have changed in the past 70 days, but we’ve definitely received more and more approaches from different places.”

Those contacts are part of an increasingly public, years-in-the-making rapprochement between Israel and some of its Arab neighbors, despite their vocal support of the Palestinians. Before, those ties have been girded by the common goal of countering Iran. The pandemic has opened up potential new avenues of cooperation, though some of the attempts have been halting.

Last week, a direct flight from the UAE’s capital, Abu Dhabi, landed at Tel Aviv’s Ben-Gurion International Airport, carrying medical equipment bound for Palestinians in the West Bank and in the Gaza Strip. 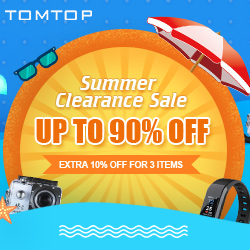 “For the first time, an @etihad cargo plane just landed at Israel’s Ben-Gurion airport!” Danny Danon, Israel’s U.N. representative, tweeted. “Hopefully soon, we will see passenger flights, too. Having visited, I know the UAE is a fascinating place, and look to continue improving relations between our countries.”

In the end, the Palestinian Authority wound up rejecting the shipment, saying that there had been “no coordination (with the authority) regarding the Emirati aid” and that “we are a sovereign state and should be coordinated with.” The aid was later diverted to Gaza, according to an Israeli news broadcaster.

The UAE and Israel also worked together in April, when the former arranged for a few dozen Israelis to join 74 Emiratis stranded in Morocco on a repatriation flight. But that flight was blocked by Moroccan authorities, who were angry that the UAE and Israel had organized the trip without consulting them, according to Israeli Army Radio.

And this month, Qatar Airways held a ticket giveaway for healthcare workers, in gratitude for their work during the pandemic, and said Israelis were eligible to apply. “There is no difference, no barrier in medical fields,” Akbar al-Baker, the airline’s chief executive, told CNN.

Conversely, in late March, the Mossad, Israel’s intelligence agency, imported 100,000 coronavirus test kits to Israel in a secret deal with an unidentified gulf state, according to Israeli government statements and media reports.

The softening of attitudes in the Middle East comes amid fears of a COVID-19 tsunami in the fall, with several Arab Gulf countries already struggling to reopen while infection rates remain high. The UAE reported no new cases on Thursday, keeping its tally at 31,969 infected and 255 dead among them.

Israel, meanwhile, has begun lifting its lockdown after 281 deaths from the coronavirus. It confirmed 16 new infections on Thursday, bringing its total to 16,809. The Sheba Medical Center, a leader in telemedicine services, is preparing for the eventuality of an autumn spike in cases by building an underground “corona department” outfitted to provide remote treatment to throngs of patients.

“A few months ago no one spoke about telemedicine,” Har-Even said, “but COVID-19 raised it to the level of a commonplace treatment — used so that we could protect our staff.”

According to hospital spokesperson Steve Walz, Kreiss brought to the conference a position paper proposing “medicine as a solid bridge to peace in the region.” The proposal has not been made public, but it was presented to numerous political leaders, including the then-Bahraini foreign minister, Sheikh Khalid bin Ahmed Al-Khalifa, one of the most prominent proponents of rapprochement between Arab nations and Israel.

“Before the Bahrain conference we never dreamed of speaking to people in Bahrain,” Har-Even said. “A lot of doors and hearts were opened there. Partners in the gulf understood the strong and immediate effect Israeli medicine could have.”

Yet much of the budding cooperation could be at risk, as Israeli Prime Minister Benjamin Netanyahu prepares to extend Israeli sovereignty over large parts of the West Bank, an annexation that would make a viable Palestinian state difficult, if not impossible. The move has brought condemnation from Arab states, including those with peace deals with Israel.

Earlier this month, the UAE warned there would be “dangerous repercussions” if Netanyahu went ahead with the annexation — a point of view echoed even by Arab leaders with long-standing peace deals with Israel.

“There would be more chaos and extremism in the region,” Jordan’s King Abdullah said in an interview this month with the German weekly magazine Der Spiegel. Jordan signed a peace treaty with Israel in 1994.

“If Israel really annexes the West Bank in July, it would lead to a massive conflict with the Hashemite Kingdom of Jordan,” the king said.