A British woman who was convicted of killing her husband after decades of emotional abuse is entitled to the family’s estate, a judge has ruled — the latest development in a case that has gripped Britain for years and exposed the challenges of confronting domestic abuse.

The woman, Sally Challen, 66, was found guilty in 2011 of having murdered her husband the year before, but her conviction was thrown out last year after new evidence showed that she had been subjected to coercive control, a criminal offense in Britain since 2015. In a groundbreaking appeal, Ms. Challen pleaded guilty to the lesser crime of manslaughter and was released last June after a judge sentenced her to nine years and four months in prison — time served.

Judge Paul Matthews of the High Court in Bristol ruled last week that Ms. Challen could inherit the estate of her deceased husband, Richard Challen, which is valued at 1 million pounds, or $1.2 million. She had initially been stripped of the inheritance under a provision known as the forfeiture rule, which prevents a convicted killer from inheriting from the deceased.

The inheritance initially went to the couple’s two sons, but because “the facts are extraordinary, tragic and, one would hope, rare,” Judge Matthews ruled, it is being handed to Ms. Challen.

She said that she would not claim it, and that her aim in pursuing it was a desire for her sons to be exempted from paying inheritance tax.

Judge Matthews said the inheritance ruling might remain the exception. “I emphasize that the facts of this terrible case are so extraordinary, with such a fatal combination of conditions and events, that I would not expect them easily to be replicated in any other,” he said.

The 40-year ordeal, the judge said, “involved the combination of a submissive personality on whom coercive control worked, a man prepared to use that coercive control, a lack of friends or other sources of assistance, an enormous dependency upon him by the claimant and significant psychiatric illness.”

Ms. Challen met Richard Challen when she was 15 and he was 22. They lived together for four decades and were married for 31 years, during which emotional abuse by her husband, along with his infidelities, caused significant stress, psychiatrists found. Ms. Challen also said her husband raped her.

Ms. Challen sought psychological support for domestic stress and contacted a lawyer for a divorce, but eventually renounced it. One day in August 2010, when Mr. Challen refused to answer a question about an extramarital affair, Ms. Challen beat him to death with a hammer at their home in Claygate, 14 miles southwest of London, the police said. She then covered the body and left a note that said, “I love you. Sally.”

The next day, Ms. Challen went to Beachy Head, a well-known cliff in southern England, from where she told a cousin about her husband’s death and said that she was going to jump. She was arrested after hours of negotiation with a police officer.

Ms. Challen was found guilty of murder and sentenced to life in prison. In the meantime, coercive control became an offense in England and Wales, and new evidence provided by psychiatrists showed that Ms. Challen had been subjected to it, which led to the quashing of her initial sentence.

Coercive control — which includes forms of mental abuse like humiliation, isolating someone from friends and family, or controlling a person’s movement or financial resources — is often the foundation of domestic abuse, said Ms. Challen’s son David Challen, who is a campaigner against domestic abuse.

“The greater public often thinks that domestic abuse has to be physical, but someone can be victim of it without having a mark on them,” he said on Friday.

Ms. Challen’s release last year was a landmark victory for groups defending women who are subject to abuse. The fight for her freedom has been widely publicized through her son David, through interviews she gave to British news outlets and through a 90-minute BBC documentary released in December, “The Case of Sally Challen.”

About 10 to 12 women subject to domestic abuse kill their partners every year and are convicted of murder in England and Wales, according to the Center for Women’s Justice, an advocacy group. 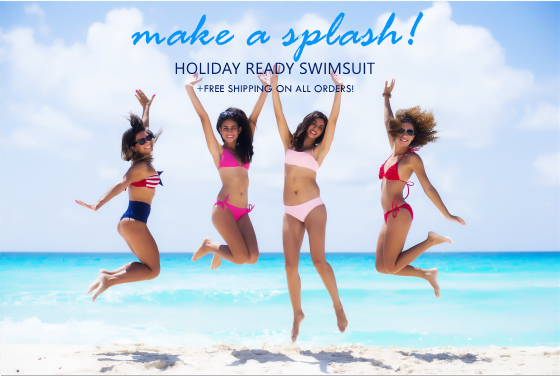 Coercive behavior is punishable with five years in prison, and in 2018 and 2019, nearly 1,200 people were charged with the offense, according to a biannual report by the Crown Prosecution Service.

Ms. Challen has said that although she found it right that she had served prison time, she disagreed with the initial charge of murder and the life sentence.

“I still love Richard. I miss him dreadfully, and I wish that none of this had happened,” she said at a news conference on the day of her release.

Since her release, Ms. Challen has vowed to fight for abused women sentenced to life in prison. “They have suffered abuse and other miscarriages of justice,” she said last year, “and they should be serving sentences for manslaughter, not murder.”

David Challen, 33, said that his mother’s new freedom had brought amazing moments and many challenging ones, too. “It’s hard to find an immense amount of joy,” he said. “She’s out — it’s great. But there’s someone missing — he’s still my father.”

As the anniversary of his mother’s release, June 7, approaches, he said that helping her get her life back was what mattered most.

“For the first time since she was 15,” he said, “she is a woman who makes her own decisions, and that is both incredible and frightening to her.”

As Protests and Violence Spill Over, Trump Shrinks Back