Rock me gently, rock me slowly. In the late ‘70s, this song by Canadian singer, Andy Kim was a Billboard number-one hit song. Aside from being very comfortable to use in lyrics, rocks are everywhere in Nigeria. All rocks are equal, but some are more equal than others.

Rocks are so common that most of us take them for granted- even going as far as bulldozing some off the road. Just like a skilled laundryman, over a thousand years ago or even millions of years, some of these rocks have been arranged neatly by nature into an enchanting scene; each boulder arranged on top of one another beautifully. Thanks to mother nature, such rocks are hardly looked upon once, another glance and then you wonder and marvel about how it got there in the first place. These places also are the geographical coordinates for myth and folklore and if you get lucky enough, you might find on them a petroglyph carved by an ancient god. Let’s explore some very notable ones. 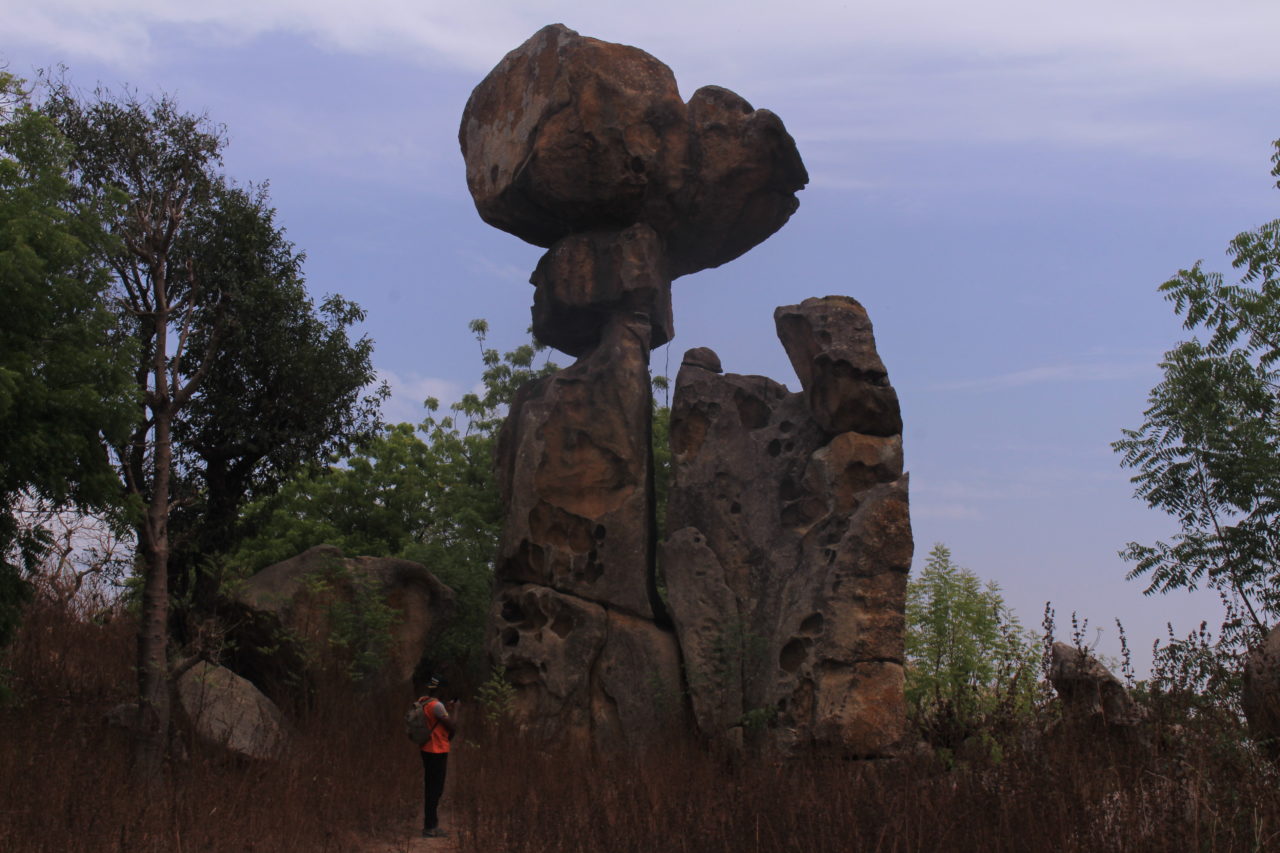 In Igbeti, an old Oyo town known for its numerous hills and marble export, a beautiful rock sits in a mess. The Agbele rock is not a place overrun with visitors or tourists. The boulder in the form of a woman carrying a basket on her back is a reminder of a story very similar to the biblical narrative of Lot’s wife who turned into a pillar of salt. The story is told of a woman who on her way to the farm stole yamsfrom the top of the hills. Unknowingly to her, they belonged to a powerful chief priest. With a big basket on her back full of the stolen items, she got caught by the chief priest and was turned into a rock. Another version described the rock as a goddess who despite her fame, wealth and prowess in wars, was a kleptomaniac. One day a passerby saw her stealing yams from the hills, in a bid to shield her pride, she turned into a stone image. This stone image is what is now known as Agbele rock. Unfortunately, the surrounding of this beautiful rocky figure is still a refuse dump and open defecation ground for locals. 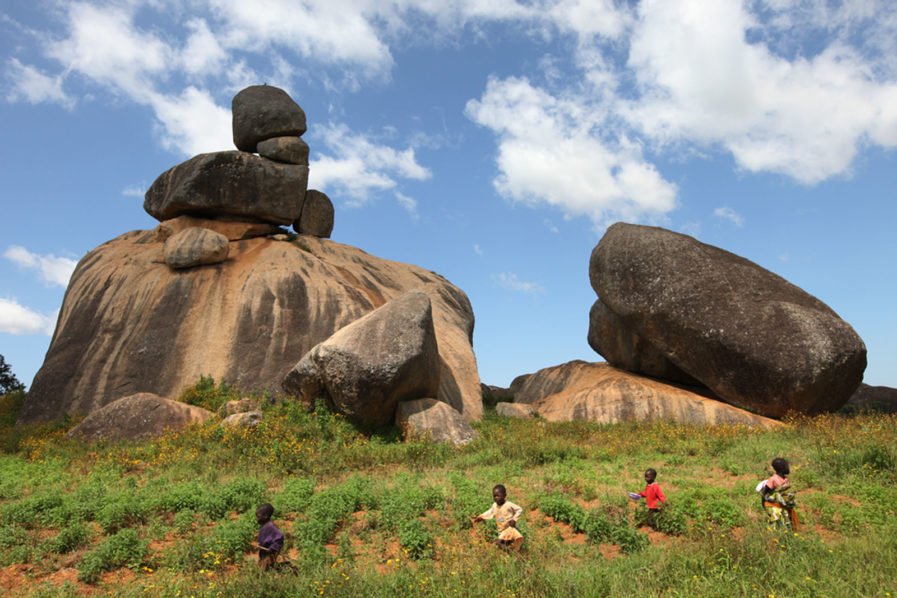 No doubt that Riyom is one of the most wonderful scenes in Nigeria which drives you directly into the world of fantasy. Located along the Jos-Abuja road as you travel by road, Riyom rock is in Riyom Town 25 kilometres to the southwest of Jos and 75km from Abuja, the capital city. The most popular of such rocks are the ‘three stones’ locally known as ‘Beta Betat’, which translate into ‘three stones’. The way the boulders are arranged on top of each other is almost a mystery. The stones which are about a three-storey building tall is a spectator’s wonder. Each of the three rocks arranged according to their size on top of each other, and in between the first, an immense boulder forms a wedge to balance the second. The rock’s arrangement defies gravity with its tip on top of another rock and the whole body up, looking at Riyom from a certain angle gives the shape of Plateau state on the map of Nigeria. Misty early mornings are magical here.

In Kahwang, Bachit district in Jos, Plateau state in Nigeria is Basalt columns beautifully shaped into a hexagonal symmetrical structure that makes them so neat to look at. This is a geology lover’s dream. Science explains that a special feature called columnar jointing is responsible for such beautiful shapes formed by erupting volcanic basalt lava as they solidify. There are few places around the world with such features; Ireland, Iceland and Switzerland. 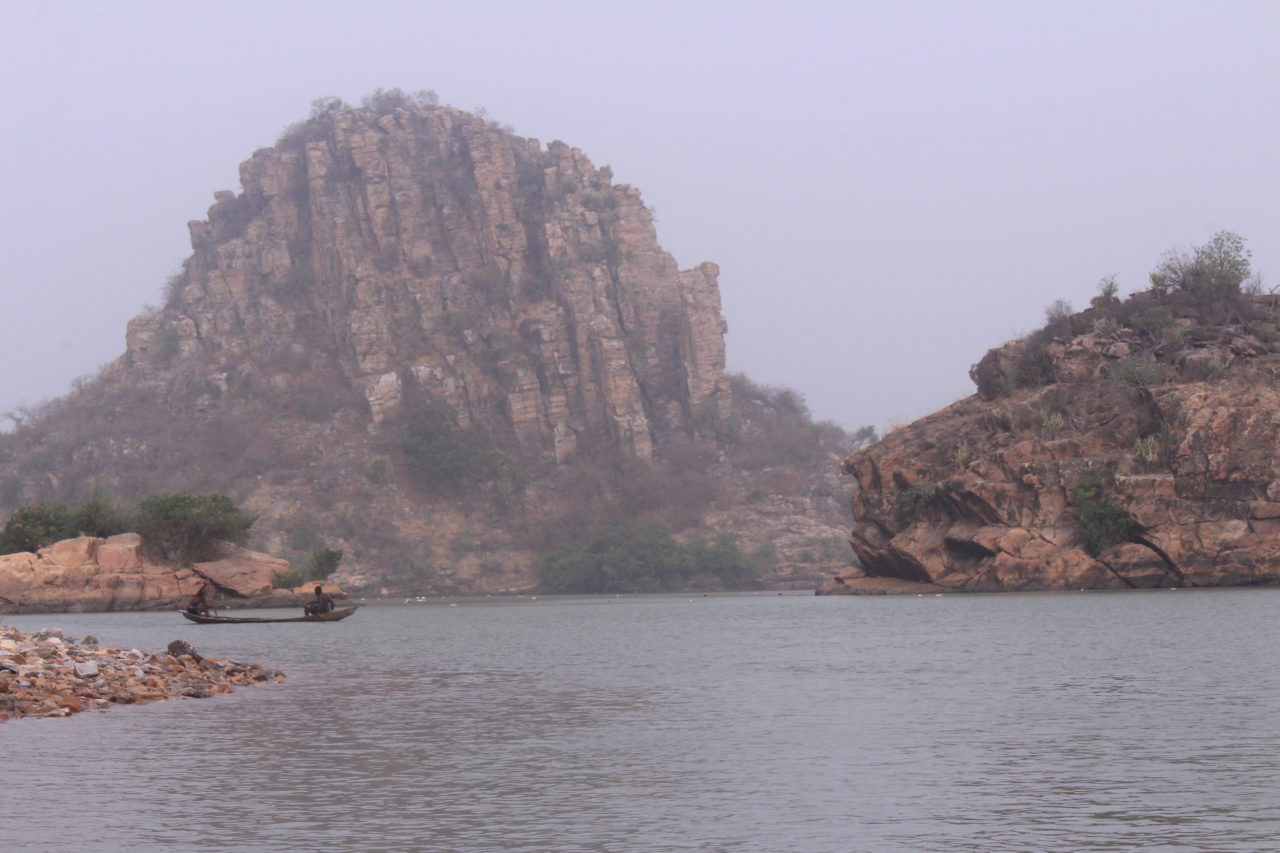 “Juju” a word for Voodoo in Nigeria gives that scary thought but trust me, its a welcoming sight. The rock has been a source of fear to many explorers among which is the popular Scottish explorer- Mungo Park whose shipwrecked at its foot on October 7th 1857. In the same location is another look-alike of same rock which is often referred to as the Juju rock’s wife as Juju is perceived as masculine. Crossing the river Niger to the foot of the rock, one could site numerous birds, wild monkeys and a few bush rodents. 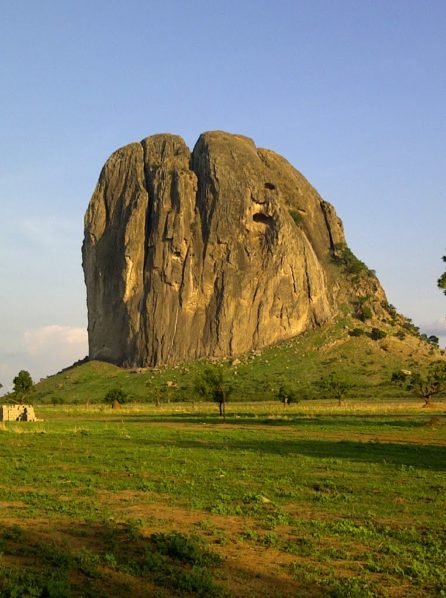 The breeding place for the rare White Pelican birds, this massive dome-shaped granite inselberg stands elegantly amid a vast plain of the lower Plateau in Jos.

You don’t see Zuma rock, Zuma rock sees you. As you approach Abuja, this rock looks into your soul and welcomes you into the nation’s capital.

Everyone has heard of Olumo, well maybe not everyone but Olumo comes to the mind once someone mentions rock in Nigeria. It tops the popular tourist destination in Nigeria.

Inside Oyo old park in Sepeteri, are rocks arranged like slices of well-baked bread; these giant slabs and boulders lean against one another, forming a picturesque cavern. Back in the old Oyo empire, this was a hideout during the war.

In the Mandara mountain range which stretches across the Cameroon-Nigeria border, on the Nigerian side is huge rock protrusion sometimes called ‘finger mountain’, located in the Adamawa state.

On climbing to the site of one of Abuja’s popular Mountains, a Cobra-looking rock awaits you. This rock in its snakelike shape stands aloof away and in a position to sting.