The recent shuttle diplomacy by some state governors elected on the platform of the governing All Progressives Congress (APC) to a former Lagos State governor, Asiwaju Bola Tinubu, has exposed afresh the structural defects in the party.

Governor Atiku Bagudu, the chairman of the Progressives Governors´ Forum, led some of his colleagues to Lagos to find what some APC chieftains described as a last minute solution to the supremacy contest between Governor Godwin Obaseki and the national chairman, Comrade Adams Oshiomhole.

But, although the parley between the governors and Tinubu was actually to tackle the crisis of confidence between Obaseki and Oshiomhole, it mirrored a similar last minute ditch effort by seven governors of the Peoples Democratic Party (PDP) to save their party on the buildup to the 2015 general election.

Viewed against the background of that historical equivalent, it could be rightly said that unless wise counsel prevails, the crisis in the Edo State chapter could end up as the prelude to the predicted implosion of the governing party, not only in the state, but also in the country.

Warning Signals
During the party´s last National Executive Committee (NEC) meeting, President Muhammadu Buhari, as leader of the APC, warned the party stalwarts to ensure that the platform does not become history after his tenure.

From his eminent position, President Buhari saw the telltale signs of divided allegiances and vaulting self ambitions that were not only antithetical to the party´s founding principles, but that were also pushing it down the precipice.

The President´s warning came at a time when the Oshiomhole Must Go movement was gathering momentum following a letter by the Deputy national chairman (North), Senator Lawal Shaibu, in which the national chairman was accused of high handedness and called to resign from office to save APC.

Matters were to take a turn for the worse when the executives of his ward suspended Oshiomhole. The local government and state chapters of the APC in Edo State were later to follow suit in ratifying the suspension, which the national chairman saw as an exercise in futility.

It was not until a Federal High Court in the Federal Capital Territory (FCT), Jabi, Abuja, presided over by Justice Danlami Senchi, ordered Oshiomhole to stop parading himself as national chairman pending the determination of the substantive suit, that he (Oshiomhole) acknowledged that there was serious fire on the mountain.

The FCT Federal High Court ruled that APC continued to retain Oshiomhole wrongfully as its national chairman even after he was suspended as a member of the party.

That this order has not been vacated presents as a sword of Damocles hanging menacingly over the head of the embattled national chairman, just as it presages the dark clouds hovering over APC´s participation in the September 19, 2020 governorship election in Edo State.

In the light of the subsistence of the court order against his continued performance of the functions of the office of national chairman, how far would Oshiomhole go to influence the processes leading to the gubernatorial poll, especially against the backdrop of his continued insistence on denying incumbent governor Obaseki the APC ticket to seek a second term mandate from Edo State electorate?

Implications of Tinubu, Govs´ parley
As was to be expected, it was learnt that during the meeting with Bagudu and other seven members of the PGF, Tinubu explained the need for internal democracy, stressing that the right of first refusal bows before the ambition of any member of the party.

Sources close to the Kebbi State governor disclosed that as the chairman of PGF, Senator Bagudu, believed that consulting with party stakeholders is the best way to engender genuine reconciliation of various issues at the centre of the misunderstanding between Oshiomhole and the governor of his home state, Edo.

But, if the governors thought that Tinubu would take contrary position, knowing what role he played in the supplanting of former governor Akinwunmi Ambode, they must be mistaken.

However, the outcome of the Lagos visit, apart from vindicating other APC governors that opposed it, has exposed the dire implications of the defective leadership structure of the governing party.

While Chief John Odigie-Oyegun was on the saddle as national chairman, attempts to constitute a Board of Trustees (BoT) remained in abeyance, due in part to the contestations of who, between Tinubu and former Vice President, Atiku Abubakar, should chair it.

Currently, even with Atiku Abubakar´s exit from APC, constituting the BoT or Elders´ Committee, has never been mooted. Consequently the absence of such a standing committee has continued to plague the party.

In the absence of the BoT, on two occasions, President Buhari tried to set up ad hoc committees to reconcile the mutually antagonistic interests in the party, including the Tinubu and the Chief Bisi Akande Committees.

The lack of consensus endorsement for the Tinubu committee made it dead on arrival as most governors feared that the former Lagos State governor would not deploy the needed impartiality to meld the factions without furthering the cause of his touted presidential aspiration.

Kaduna State governor, Mallam Nasir El Rufai, has never hidden his disdain for Tinubu´s perceived schemes to become the political overlord of the party, such that during his spat with Senator Shehu Sani prior to the 2019 polls, the governor did not welcome the Tinubu committee´s intervention.

And just recently while the PGF was making plans to engage with the former Lagos State governor, El Rufai and his group were said to have written off the move, even as they maintained their indifference to Tinubu´s capacity to solve the crisis in the Edo State chapter.

As if to reinforce his rejection of the Tinubu parley, the Kaduna State governor used the occasion of the Webinar commemorating the 63rd anniversary of the Minister of the Interior, Ogbeni Rauf Aregbesola, to restate the fact that Tinubu is not his political ally.

El Rufai´s opposition to involving Tinubu in attempts resolve some crisis in the APC is not a recent development, because at the peak of the Oshiomhole Must Go agitation, the Kaduna State governor dismissed those associating his rejection of Tinubu on speculations over his 2023 presidential aspiration, as missing the point.

He told journalists that the making of APC was a collective effort and should not be ascribed to the political ingenuity of one man, adding, “we built this party, we created it through a merger process that was painstaking and took a long time.

“I was deeply involved in it from day one and for me whatever crisis emerges between members of the party, we have a duty now as governors and leaders of the party to resolve it and we are going to resolve it. Whoever thinks it is targeted or is targeting anyone is irrelevant.”

Right from the days of Oyegun, when the issue of midterm convention began to roil the party, the Kaduna State governor, alongside other like minds, wanted the state governors to be taken into confidence in the running for the party given their strategic positions in their states.

Two months ago, following the FCT Federal High Court ruling that barred Oshiomhole from further parading himself as the national chairman of APC, El Rufai reiterated his stance that state governors hold the ace as far as genuine reconciliation in the party was concerned.

Now that the group that was favourably disposed to Tinubu’s intervention has returned from Lagos with an ambivalent verdict, the frictions would continue to reverberate up to the next convention in 2022.

If Tinubu succeeded in spreading his protective political covering around Oshiomhole, how far would they go to reengineer another term for the former labour leader as national chairman, especially as the buildup to the much talked about 2023 post-Buhari presidential poll must have begun by then.

By June 22, when the governorship primary holds in Edo State, APC faithful would know which way their party would go, especially going forward to preparations for the midterm and national conventions.

Akeredolu, Obaseki Unity In Division
That the Edo crisis has direct bearing on the political fortunes of Governors Rotimi Akeredolu and Obaseki is not doubt. But, while Aketi seems to enjoy some moderate calm in his search for a second term ticket on the platform of APC, Obaseki is faced with the shadow boxing by some party bigwigs with eyes on the 2023 presidential election.

The Progressive Governors’ visit to Lagos was said to have confirmed fears that the attempt to foist Pastor Ize-Iyamu on the party in Edo might be real.

Sources disclosed that while Oshiomhole appeared enthusiastic about Ize-Iyamu’s emergence as consensus candidate to square up against Obaseki, the former Secretary to Edo State Government (SSG), was actually being funded by his friends in Lagos.

It was learnt that the ability of Ize-Iyamu to mobilise for elections might have recommended him to the leader in view of future presidential race.

On his part, Akeredolu feels comfortable not to have such fierce and active opposition as that of his Edo counterpart. The lackluster college of protesters in the Unity Forum failed to throw up a consensus candidate in the manner of Edo.

While Akeredolu’s electoral challenge lies more in the main election on October 10, Obaseki knew that his major headache was crossing the June 22 ambush against his ambition to pick the party’s ticket.

The changing calculations within APC go to underpin the structural distortions that have continued to challenge its cohesive powers. After meeting with Tinubu and President Buhari, Obaseki and Akeredolu seem up beat with the confidence that all fear is gone: APC stands to bleed more if their second term tickets are tampered with.

The journey seems to have just started for the governing party to manage its victory and defend its amalgamation of legacy platforms. 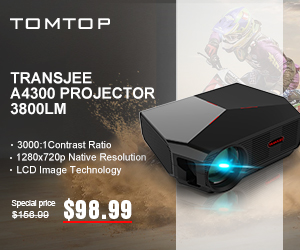