An unarmed Palestinian man has been shot and killed by police at one of the entrances to Jerusalem’s Old City on Saturday. Israeli police said officers believed the man had a gun and opened fire on him when he refused to stop for them.Relatives named the deceased as 32-year-old Eyad Rawhi Al-Halaq from the Wadi Al-Joz area of Jerusalem.They told CNN he had autism, and the mental age of a six-year-old child, and that he was on his way to his special educational needs school when the fatal incident took place.An Israeli police statement Saturday morning said: “In Jerusalem’s Old City, at Lions Gate area, police units on patrol spotted a suspect with a suspicious object that looked like a pistol. They called upon him to stop and began to chase after him on foot, during the chase officers also opened fire at the suspect, who was neutralized.”A police spokesman later confirmed to CNN that officers who checked the man’s body found no weapon on him. 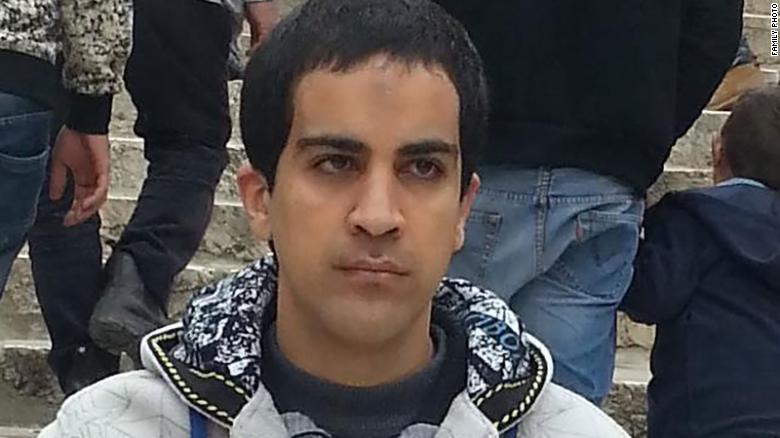 Eyad Rawhi Al-Halaq from the Wadi Al-Joz area of Jerusalem was killed by police on Friday.

A relative of the deceased told CNN: “It seems he was asked to stop by police and was afraid of the armed officers and ran away.” Eyewitnesses saw him hide behind a trash container before he was shot multiple times, the relative said.Ayman Odeh, leader of the Joint Arab List alliance, which has 15 lawmakers in the Israeli Parliament, said he feared that any police investigation would likely result in a cover-up.”We must … make sure the police officers are put in jail and at the same time remember that while they pulled the trigger, it was the occupation that loaded the weapon,” Odeh said in a statement.The shooting comes as tensions rise in the region ahead of possible Israeli annexation of parts of the occupied West Bank. 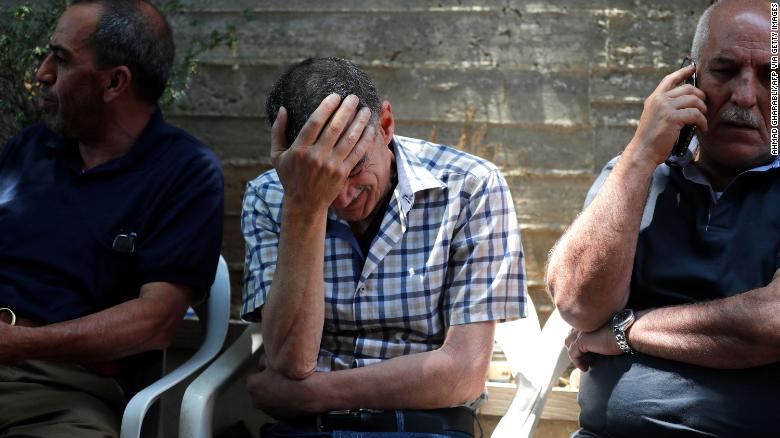 The father of Eyad Rawhi Al-Halaq mourns his son’s death.

Prime Minister Benjamin Netanyahu is vowing to push ahead with plans to apply Israeli sovereignty over parts of the territory from July 1, in accordance with US President Donald Trump’s plan for Middle East peace, which envisages Israel annexing all Jewish settlements, in addition to the Jordan Valley.On Friday, the Israeli army says it opened fire on a man who had driven his car into a group of soldiers near the settlement of Halamish, north of the West Bank city of Ramallah.The Palestinian Ministry of Health said 37-year-old Fadi Adnan Aqed from the nearby Palestinian village of Abu Qash was killed in the incident.

The Israeli army says no soldiers were injured.Earlier in the week, the US State Department issued a security alert, warning American citizens visiting the West Bank that “violence can occur with little or no warning, targeting tourist locations, transportation hubs, government checkpoints, markets and shopping facilities or government facilities.”Palestinian leaders have rejected outright the US peace plan and have canceled security coordination with Israel, considered a bedrock of stability in the region.

Pope says worst of virus is over, Vatican clear of cases