The P36 series consolidates the smartphone for everyone brand investments in mobile communication offerings that are budget-friendly, durable, and reliable. The series advances the legacy of long-lasting battery performance with a 72-hour battery life and internet connectivity upgrades.

Prior to the unveiling, itel Mobile narrated a compelling growth story. Through a detailed understanding of the consumer, the brand has satisfied mobile communication needs and earned significant recognition over the years. In 2019, the International Data Corporation (IDC) ranked itel Mobile as one of the top 4 smartphone players in the Middle East and Africa. It is also the global no. 1 feature phone player according to another 2019 report from the IDC. 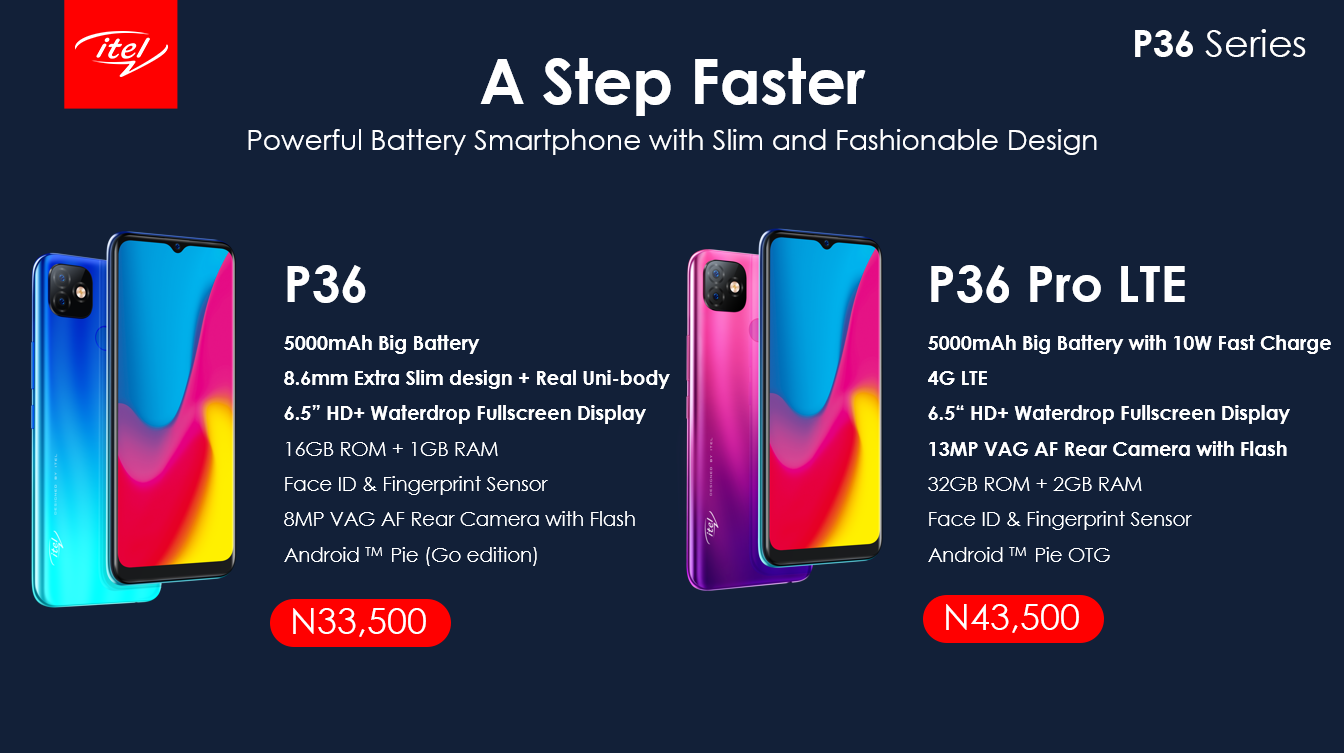 First of Its Kind
Sustaining a well-established culture of providing innovative mobile communications offerings to everyone, the itel P36 Pro LTE is fitted with 4G LTE, the first of its kind on the series. It’s a premium offering that delivers superfast internet connection without buffers. It’s 8 times faster than the itel P33 Plus launched last year. This amazing speed ensures fast uploads, downloads, and smooth play of HD videos.

The introduction of the itel P36 series aligns with the expansion drive of the brand, from mobile products to consumer electronics. There is itel TV comprising S and A series, and itel smartphone accessories – power banks, smart fitness bands, and Bluetooth earphones which have been introduced to provide more budget-friendly options in these categories.

With the recent signing on of Afro-pop star, Olamide Adedeji as brand ambassador in Nigeria, itel Mobile initiates a mutual partnership for improved engagements with consumers. Both brands share similar values – they serve the mass markets. itel Mobile is a leader in the smartphone mass market in Nigeria offering reliable and affordable smartphones for everyone, while Olamide makes popular music for the streets, rolling out frequent hits they can relate with.

The Superfast Advantage
Enabled by a 5000mAh battery, the series comes with a 5V, 2A, 10W fast charge feature. This means 10 minutes charging gives the user 1 hour for phone calls. To get the series to full charge, it takes just 3 hours and 25 minutes- two times up from the 7 hours, 50 minutes obtainable on the regular 5000mAh battery. And the battery can last 72 hours. 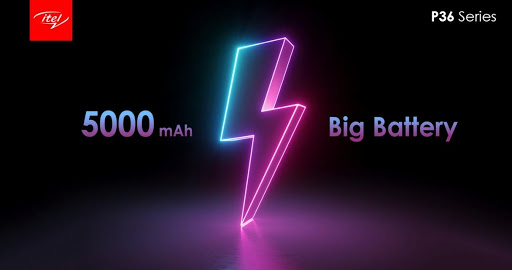 The series has an impressive 6.5” HD+ Waterproof Fullscreen display and 8.6mm slim body design set-up. Also, itel has equipped the series with the i-Cast feature to project the smartphone screen on itel TV for bigger viewing experience. itel P36 and P36 Pro LTE sport dual security – face unlock and a multi-functional fingerprint sensor to protect and guarantee privacy for users.

“The introduction of itel P36 and P36 Pro LTE affirms itel Mobile’s sustained push towards innovative and stylish smartphone offerings at a budget-friendly price. It’s also about value creation for the consumer with major improvement on features and specifications that surpass what is obtainable in the market. The brand is keen on sustaining this momentum for the ultimate goal of satisfying our consumers.” said Oke Umurhohwo, Marketing Communications Manager (West Africa), itel Mobile at the launch of the series.

With itel P36 series, itel sets a new innovation and growth record in her quest to rank among the top-three mobile brands globally.