Hong Kong on Tuesday marked a year since pro-democracy protests erupted, as mass arrests, coronavirus bans on gatherings and a looming national security law kept a lid on any return to city-wide unrest.

Seven months of massive and often violent rallies kicked off on June 9 last year when as many as one million people took to the streets to oppose a bill allowing extraditions to mainland China.

As city leaders dug in, battles between police and protesters became routine, leaving the financial hub’s reputation for stability in tatters and swathes of the population in revolt against Beijing’s rule.

On Tuesday, organisers of last year’s huge rallies called on the government to lift anti-virus restrictions on public gatherings and allow Hong Kongers to march once more.

“After Hong Kongers spared no effort to resist, the Chinese Communist Party’s persecution went to every length to force us to give in,” Jimmy Sham, from the Civil Human Rights front, a group that espouses non-violence, told reporters on Tuesday.

“This movement has not finished yet.”

Flash-mob protests were held during the lunchtime break in multiple malls but crowds were just a few hundred strong. Messaging groups also called for gatherings in the evening.

City leader Carrie Lam, an unpopular pro-Beijing appointee, was peppered with questions from reporters on Tuesday about the unrest during her tenure.

“Hong Kong cannot afford such chaos,” she said, adding residents needed “to prove that Hong Kong people are reasonable and sensible citizens of the People’s Republic of China” if they want their freedoms and autonomy to continue.

The city has largely stopped local coronavirus transmissions and avoided lockdowns but Lam has denied keeping restrictions in place to stop protests.

‘Anti-virus software’
Under a deal signed with Britain ahead of the 1997 handover, China agreed to let Hong Kong keep certain freedoms and autonomy for 50 years.

Protests over the last decade have been fuelled by fears those freedoms are being prematurely curtailed, something Beijing denies.

Analysts say the space for dissent has rapidly diminished in the last year.

“I don’t think the passion has subsided much, but the problem is that many actions are now not allowed in the current circumstances,” Leung Kai-chi, an analyst at the Chinese University of Hong Kong (CUHK), told AFP.

Beyond a withdrawal of the extradition bill, the protest movement’s core demands — such as universal suffrage and an inquiry into police tactics — have been rejected by the city’s leadership and Beijing.

Instead, China has unveiled plans to impose a more sweeping law — one that will bypass the city’s legislature entirely — banning subversion, secession, terrorism and foreign interference.

China says an anti-subversion law will only target “a small minority” and will restore business confidence.

Opponents fear the law will bring mainland-style political oppression to the business hub. Anti-subversion laws are routinely used on the mainland to stamp out dissent.

“First (Beijing) loses the hearts and minds of Hong Kong’s people and then it seeks to force them to be loyal,” said Kong Tsung-gan, an activist who has published three books on the protest movement.

Two prominent activists had their charges upgraded to rioting on Tuesday for entering the city’s legislature when it was broken into by protesters last July.

The protest movement was already on the back foot before emergency coronavirus laws banned gatherings of more than eight people.

Still, demonstrations have bubbled up again since the security law plans were announced — including tens of thousands defying a ban on a June 4 gathering to mark the anniversary of the 1989 Tiananmen crackdown. 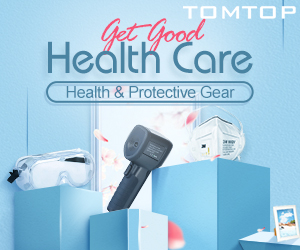