Nigerian singer D’banj has said that he is “Innocent until proven guilty”, a few days after Inspector-General of Police, Mohammed Adamu, ordered a probe into the rape allegations levelled against him.

In an update to his Instagram page on Monday, the “Mobolowowon” singer dances and sings along to his 2008 hit single “Olorun Maje”.

“Innocent until proven guilty…., STOP SOCIAL MEDIA TRIAL #SAY NO TO RAPE AND HUMAN RIGHTS VIOLATION”, he captioned his post. 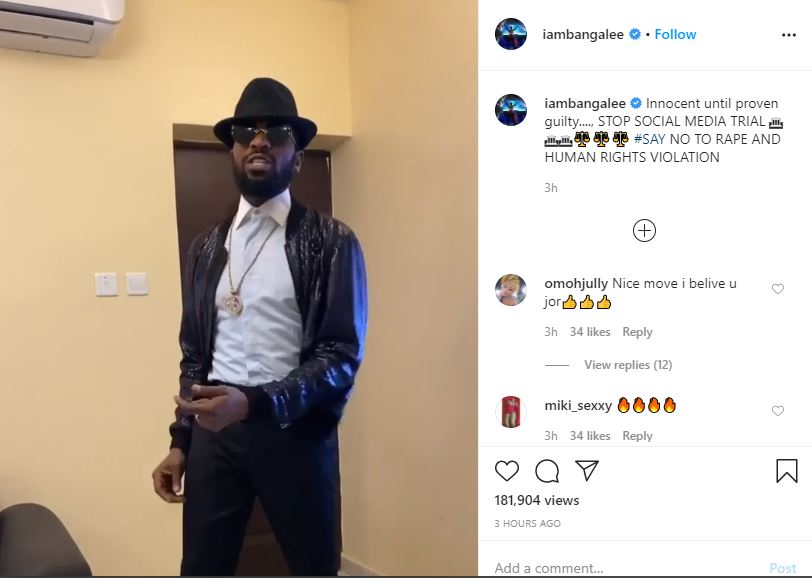 Earlier in June, a Twitter user identified as Benjamin Ese, had in a Twitter thread told the story of how the D’banj allegedly raped her friend, Seyitan, at a hotel in December 2018. She said the sexual assault happened at an all-white party where D’Banj allegedly offered her friend some money to spend the night, which she rejected until he surprisingly showed up in Seyitan’s hotel room in the wee hours.

Weeks after Ese’s tweets, Seyitan came out publicly to present herself as the lady who was allegedly raped by the D’banj. According to her, the Oliver Twist singer gained entrance to her room while she was asleep and raped her after she had turned him down at a party earlier.

D’banj denied the allegations and asked his accuser to make a public apology published in four national dailies and also pay him the sum of N100m in damages.