Coronavirus: What does Banff look like without international tourism?

Banff is all about tourism. In fact, almost its entire economy is tourism-based.

Prior to the novel coronavirus, about $3 billion in spending in Alberta was generated by the town each year. The total Alberta economic impact from tourism is about $9 billion annually.

Banff is home to Canada’s oldest national park as well as one of Alberta’s youngest municipalities. The town was established in 1990. Only people who work in the national park can live in the four-square-kilometre town.

Darrah says 90 per cent of Banff’s economy is directly or indirectly supported by tourism.

“In a few days, that came to a halt,” Darrah said. “The Town of Banff has been devastated by the COVID-19 pandemic.”

In the first couple of weeks of the pandemic and subsequent shutdown, as many as 6,000 people — in a town with a population of about 9,000 — were laid off. Early estimates had unemployment at 80 to 85 per cent, Darrah said. 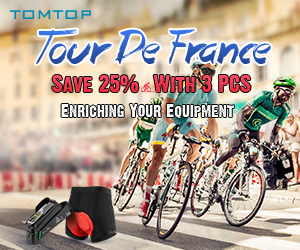 On Tuesday, the mayor announced the town was welcoming back visitors. Karen Sorenson explained Banff National Park won’t have any services available until early June, but the town is open for businesses.

She also said typically, more than 50 per cent of Banff’s visitors come from outside Canada.

“We do have a tourism task force in place,” Sorenson told Global News. “Not only are we looking at the immediate relaunch, and getting our businesses open and sustainable again, but we’re looking further down the road as to what tourism will look like.”

A Banff without international visitors

In a usual year, more than four million people come to Banff National Park and more than 80 per cent of those people visit the town, Darrah said.

About half of Banff’s visitors come from outside Canada, but the regional-international ratio can fluctuate based on season.

“Albertans tend to visit Banff in off-peak throughout the year,” said Joe Pavelka, an associate professor at Mount Royal University, who studies tourism and the outdoors, and who has researched Banff specifically.

“My understanding is that it is 52 per cent regional but based on research in July 2019, the proportion of regional at that time was 18 per cent of the total.”

Even if regional visitors make up half of Banff’s tourists, they tend to not spend as much money as international visitors.

According to numbers released by Travel Alberta in 2016, the average per-person yield from an Alberta visitor is $240, someone from elsewhere in Canada spends $496, from the U.S. is $753 and overseas is an average $1,064 spend.

“Spending patterns tend to vary depending on where the visitors are from,” explained Albena Pergelova, associate professor at MacEwan University’s School of Business. “Visitors from China spend more on average. Visitors from Germany and Australia also tend to spend more.

“What people spend their money on also varies. Visitors from UK, for example, spend a bigger portion of their budget on accommodation, while visitors from China will allocate more to clothes and gifts.

Angela Anderson, with Banff Lake Louise Tourism, acknowledged that visitors who stay overnight and for longer periods tend to spend more, even aside from accommodation.

U.S. and other international visitors are usually a larger portion of overnight visitors in summer months, she added. Banff and Lake Louise would normally see over 90 per cent occupancy of hotels in July and August. The other months would see between 50 and 80 per cent occupancy.

So, even if Banff sees more regional tourists, it’s looking at an economic hit of at least $1.5 billion if international travel restrictions last a year.

“It’s not going to be a banner year,” Pavelka said, “but it could be a comfortable year.”

Albertans who aren’t able to take their beach holiday or European vacation may decide to spend more and treat themselves to a trip in their own backyard, Pavelka suggests.

“Other purchase options are literally no longer possible, certainly in the short term. It is not a stretch to believe that the Alberta visitor may be willing spend more knowing it may be their only holiday this summer.”

“This summer will present a unique opportunity for Albertans and potentially fellow Canadians,” Anderson said.

“The beauty and inspiration we have always felt in this place is still here, perhaps more powerful than ever. We all need to reduce stress and we know Banff and Lake Louise is that place where people can do it safely.”

But Pavelka believes Banff will have to alter its approach to cater to a regional market, considering things like price points and what appeals to Alberta-based visitors. Out with the moose and Mountie souvenirs and in with authentic, well-priced nature-based experiences, for example.

“My research indicates that ‘to experience the mountains and nature’ is the Banff’s primary attraction and that would be true for Albertans.”

Easy access to the national park, mountain trails and limited crowds should also be a focus, Pavelka said.

“Making sure access to the mountains is permitted and not too onerous e.g. Lake Louise traffic jams.”

Banff is already tackling the spacing and health and safety issues. Council decided to close Banff Ave. to vehicle traffic from June 5 to Sept. 11 to expand pedestrian zones and allow for more physical distancing. In a busy summer, that stretch of road could see 30,000 pedestrians a day, the town said.

“Banff Avenue hasn’t ever closed to vehicles for more than a day or two, and that’s only been the case for some annual special events,” Anderson said. “This is the first time it will be pedestrianized for a long period of time.”

Banff is also installing hand-sanitizing stations around town and there are additional cleaning and disinfecting protocols for public washrooms.

“Banff is known as a crowded destination and… that may work against Banff if they do not address it,” Pavelka said.

“My 2019 Banff crowding research indicates that residents more than tourists hold that crowding is a problem. That was pre-COVID, so now as crowding has moved from a personal satisfaction to personal and public health issue it has gained a lot of clout.”

On Wednesday, Parks Canada announced it would gradually resume some operations at 29 of Canada’s 48 national parks starting June 1, including Banff and Jasper.

In most cases, the gradual reopening will include access to day-use areas, trails, beaches and green spaces and some access for recreational boating and fishing.

“We are working very closely with the Town of Banff, Lake Louise and with Parks Canada and all the businesses here to safely welcome back first Albertans, then Canadians, and then later in the year perhaps international visitors.”

For now, camping and visitor centres remain closed, which will be a hurdle for Banff’s attempts to bolster tourism, Pavelka said.

“It will be important for Parks Canada to open up overnight camping sooner… Access to nature and the mountains is key to what Banff is.”

The mayor has said many hotels and motels in the town are open, but that potential visitors should call ahead to confirm.

Those accommodations present an opportunity for the town, but there’s work ahead, experts say.

“Not only will much less international visitors not come this summer, but domestic ones will think twice before travelling,” Pergolva said. “Loss of jobs and fear of contracting COVID-19 while travelling will mean fewer Canadians will want to travel.”

She said Banff should focus its messaging on the health and safety measures it’s taking and target the “staycation” demographic.

“Banff could also entice more Albertans for short trips as a self-reward and indulgence after the long time spent confined because of the COVID-19 pandemic.”

6 Beauty Tips To Care For Your Child’s Skin

Phoebe Robinson Is Doing the Most