(CNN)Professional footballer Christian Mbulu has died at the age of 23, according to a statement from his team, Morecambe FC.The defender, who spent his career in the lower leagues of British football, made three appearances for the League Two side this season.”Everyone at Morecambe FC is deeply saddened to learn of Christian Mbulu’s death and would like to extend our deepest sympathies to his family and friends at this very sad time,” the club announced on its official Twitter channel Tuesday.One of his former teams, Scottish club Motherwell, also paid its respects to the young player who made six appearances for the first team last season.”We are shocked to hear of the news of Christian’s death,” said Motherwell chairman Jim McMahon.”He was such a friendly, pleasant and dedicated young man who we loved having around Fir Park.”Our thoughts are with his family during this incredibly difficult time. We hope their privacy is respected by everyone as they try to come to terms with their loss.”Mbulu started his professional career at Millwall before representing teams such as Crewe and Braintree.The cause of his death is yet to be confirmed. 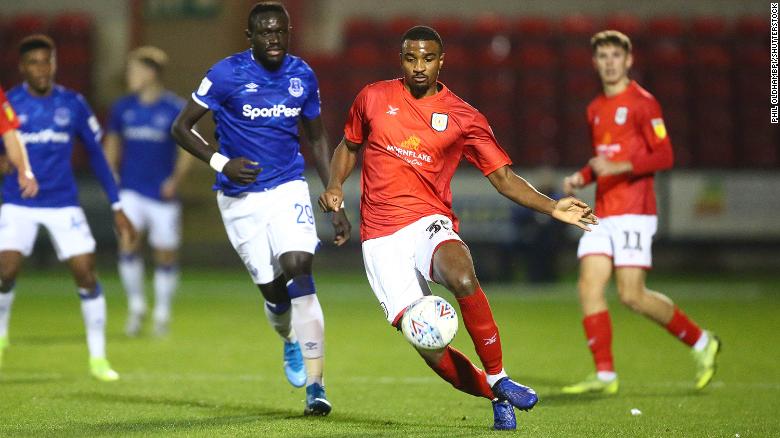 Christian Mbulu played in the lower leagues of British football.