The US will designate the anti-fascist group Antifa a terrorist organisation, President Donald Trump says.

Protests over his death have turned violent, prompting major cities to impose curfews.

The National Guard – the US reserve military force for domestic emergencies – had been deployed in 15 states to help police forces deal with the unrest.

In Minneapolis, where Mr Floyd died on Monday after a white police officer put his knee on his neck for more than eight minutes, there have been five nights of arson and looting.

US officials have given contrasting explanations for who is responsible for the riots, with some suggesting outside groups and individuals were involved.

The president did not specify how or when he intends to designate Antifa as a terrorist organisation.

There are ways the Trump administration can designate individuals or groups as foreign terrorists, including legislation and an executive order.

But legal experts have questioned whether Mr Trump has the authority to label Antifa a “domestic terrorist organisation”.

“Any attempt at such a designation would raise significant First Amendment concerns,” Ms McCord added, referring to the constitutional right to freedom of speech, religion and assembly.

Who has been blamed for the riots?

At first, the protests were peaceful as people, outraged by Mr Floyd’s death and other recent examples of police brutality against African-Americans, took to the streets.

As anger grew, it is not clear what caused those protests to spiral into riots. Yet in recent days, federal and state officials have made firm allegations, without providing any evidence.

“It’s ANTIFA and the Radical Left. Don’t lay the blame on others!” Mr Trump tweeted on Saturday.

US Attorney General William Barr has echoed the president, accusing Antifa and other “agitators” of hijacking the protests sweeping across the US.

“The violence instigated and carried out by Antifa and other similar groups in connection with the rioting is domestic terrorism and will be treated accordingly,” Mr Barr said on Sunday.

Earlier, Secretary of State Mike Pompeo struck a more cautious tone. Appearing on Fox News, he described the rioters as “Antifa-like”, but stressed it “remains to be seen exactly how” the peaceful protests took a sinister turn.

Minnesota Attorney General Keith Ellison said he had evidence that people from outside Minneapolis were involved in acts of violence in the state. He did not explain if these people were aligned with any groups or political beliefs in particular.

Others, including Minneapolis Mayor Jacob Frey, have pointed the finger at outsiders on the right wing of politics.

“We are now confronting white supremacists, members of organised crime, out of state instigators, and possibly even foreign actors to destroy and destabilise our city and our region,” Frey tweeted on Saturday.

However on Sunday, authorities in Minnesota said people from out of the state represented about 20% of Saturday’s arrests.

Antifa – short for anti-fascist action – is a protest movement that strongly opposes neo-Nazis, fascism, white supremacists and racism. It is considered to be a loosely organised group of activists with no leaders.

Most members oppose all forms of racism and sexism, and strongly oppose what they see as the nationalist, anti-immigration and anti-Muslim policies that Mr Trump has enacted.

Anti-government and anti-capitalist, Antifa’s members are often perceived as more closely aligned with anarchists than the mainstream left.

The movement gained new prominence in the US for its role in confronting white supremacists at a rally in Charlottesville, Virginia in 2017.

President Trump drew widespread criticism when he said there was violence on “many sides” in Charlottesville and initially neglected to explicitly censure the white supremacists who organised the rally. 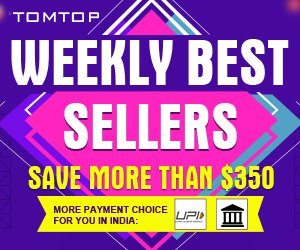 Ethiopia calls for truce amid escalating border crisis with Sudan