The Nobel Laureate, Wole Soyinka, has said that President Muhammadu Buhari is not in-charge of Nigeria.

“I don’t really believe there’s anybody in-charge at Aso Rock,” Mr Soyinka, a critic of Mr Buhari’s administration, said on Thursday in an interview with Plus TV Africa.

“I am sorry to say this, but I have been studying the trend over the past year and a half and I believe that this president is not in-charge of this nation.”

Mr Soyinka supported Mr Buhari’s election in 2015 but turned against him before the 2019 election after he repeatedly accused Mr Buhari of poor performance and maladministration.

In his recent interview, Mr Soyinka commended Abubakar Umar, a retired army colonel and former military governor of Kaduna State, for his recent open letter to Mr Buhari, criticising the lopsided appointments made by the president.

In the letter which has been published by PREMIUM TIMES, Mr Umar warned the president that Nigeria risks sliding into crisis if he “continues to give undue preference to some sections of the country over others” in national appointments.

“Thank goodness for people like Umar, he has the tendency to hit the nail hard and go to the point factually, without self-interest,” Mr Soyinka said of the retired colonel.

Mr Soyinka said lopsidedness in appointments is an insult on entire Nigeria and that such is also glaring in the ministry of petroleum which is headed by the president himself.

“We haven’t quite got over yet the Delta unrest,” he said, apparently referring to the lack of infrastructural development in the region which produces Nigeria’s oil. 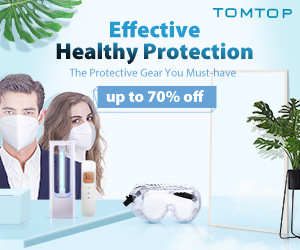 “I think those who are responsible for this criminal lopsidedness should be punished. It is not sufficient to discuss it and to say restructuring,” he added.

He said Mr Buhari, being the minister of the “indicted” petroleum ministry, should have addressed the nation on the issue.

“We know the history of this and we know what it has cost the nation. And we know that it isn’t over yet.

“You say you are launching an inquiry, that’s not enough. This man is not in-charge.”

Explainer: Who are Antifa, the ‘boogaloo’ movement and others blamed in U.S. protest violence?