26 years after, Ugbade still baffled by exclusion from U.S. ’94 Eagles

It is 26 years since Nigeria made its debut at the biggest football event in the world, the World Cup, hosted by the United States. At the Mundial, which was eventually won by Brazil, the Super Eagles were rated as the most entertaining team, as well as the fifth best side in world football.

Nigeria got to the second round of the competition, where eventual finalists, Italy, eliminated them. But one footballer, Nduka Ugbade, still believes he was unjustly excluded from the history making boys tutored by Dutchman, Clemens Westerhof.

Before the World Cup, Nduka Ugbade was on history lane, as he would have been the first player to play in all the FIFA competitions from the cadet to the senior events.

Ugbade yesterday described as madness the decision by the technical team to leave him out of the squad, especially as the U.S. ‘94 would have made him the first player to appear at every category of the FIFA’s men tournament.

Speaking in a radio programme yesterday, Ugbade said politics, rather than incompetence, led to his exclusion from the squad, adding that the singular omission devastated and affected him psychologically later on in his career.

“The issue was pure madness and stupidity on the part of those managing the game at that time, alongside the coaches with a few players. I was just too young and had no reason arguing with anybody.

“There was nothing we were going to struggle about that they didn’t have more than I did. The whole scene was quite funny. But it has passed now and Westerhof himself even apologised and I have forgiven everyone involved in it,” he said.

“Even if it was for a minute, I would have still had the chance to play and set the record at FIFA’s tournaments. It was very painful I didn’t make it and it affected me seriously.

“The decision to exclude me touched a bit of my football career because if I had gone to U.S ’94, there was no way things wouldn’t have worked perfectly for me beyond what it is now.

“Some kind of political reasons that has no place in football, robbed me of that honour that I couldn’t actually explain,” he added. 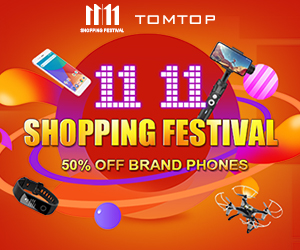