An American rapper, Jonathan Kirk, popularly known as Dababy, together with Nigerian pop star, David Adeleke, aka Davido, caused quite a stir on the streets of Lagos, as they both shot a music video and visited some fun spots in the city.

Excited by the reception he got from Nigerians upon arriving the country, Dababy posted a video on his Instagram page with the caption, “First three hours in Nigeria.”

Many youths could also be seen hailing the rapper and running after his motorcade. Dababy, who was invited to Nigeria by Davido, subsequently wrote that the latter got him feeling like he was at home. Known to be a crowd puller and exuberant personality, Davido was also bent on showing the American rapper life in Lagos, which is regarded as the country’s commercial capital. In a video posted on social media, Davido told the rapper, “Tonight, I will show you Lagos.”

A huge crowd was also on hand to witness the video shoot of a song, ‘Showtime’, on which Davido featured Dababy, and which was the main reason for the rapper’s trip to Nigeria. The video shoot took place on Lagos Island. 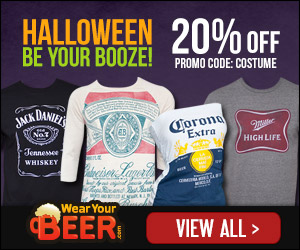 Dababy appeared in style with an elaborate gold and silver chain that had the logo, ‘BDB’.

While in Lagos, Dababy repeatedly tossed out cash to the crowd of fans that always converged wherever they went. Initially, the rapper was spending dollar bills but he later switched to naira notes. In a video that went viral online, the rapper could be seen giving a vendor $100 for a few sachets of popcorn.

Davido and the rapper also went to a nightclub and a boutique where they were said to have spent a lot of money.

However, while leaving the country, Dababy claimed he had to pay a lot of people at the airport just to make his flight. He wrote on Instagram, “Boy, I had to pay the whole airport off to make this flight.”