No, Mr. Bond—we expect you to drive! Preferably with quite a few friends of yours in the back

The square-jawed Land Rover Defender has been a darling of tony American driveways and muddy British fields alike since the brand revived this storied nameplate a couple of years ago. Presently offered in two- and four-door variants, a new model – called the 130 – is set to debut later this month. 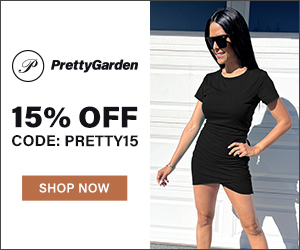 Billed as having a 2-3-3 seating configuration, the Defender 130 will be able to take you and seven of yer closest buddies to either the wilds of Borneo or Buffalo Wild Wings, depending on your sense of adventure. Land Rover first tipped us all off to this model’s existence over a year ago, so this announcement is not a surprise, but it is the first time that (official) word has been accompanied by a photo — albeit one whose most critical part, the new rear seating quarters, are cleverly hidden by a plume of desert sand.

Why the ‘130’ designation? Blame – or thank – a dose of retro nostalgia. Ages ago, the original Defender was available in three flavours: 90, 110, and 130. Those digits denoted wheelbase length, spanning from the classic two-door profile; all the way up to jungle-beating people carriers. These days, those same designations evoke old-school measures, but instead refer to two- and four-door models with two rows of seats, with the 130 jumping in today as the alert you’re at the helm of a three-row variant. To accommodate extra humans, total length of the Defender 130 is expected to be roughly 20 cm more than a comparable Defender 110.

There is no indication what one will find under the hood of this forthcoming 130, though an educated guess places the existing V6 engines between those very British fenders. It would make this author’s day if the brand decided to offer the fabulous supercharged 5.0L V8 engine in the 130, as has been suggested in spy photos, since deploying 518 horsepower with seven friends on board would surely be a laugh riot. The turbocharged ‘Ingenium’ V6 is good for 395 ponies.

Pricing is also a mystery, though it’s worth noting a 2023 Defender 90 starts at $66,100, with the four-door model costing roughly an extra grand. There’s a case to be made the 130 variant will only be offered in more expensive trims like the X-Dynamic or Carpathian because, to be blunt, that’s where the majority of profits reside.

Land Rover will unveil the Defender 130 on May 31 online and through its social media properties.