Only three will ever be built, and the price tag is estimated at US$28 million

Rolls-Royce has unveiled the second of the three Boat Tail cars it plans to build, with a unique finish inspired by the pearls that initially provided the wealth necessary for its new owner to afford it.

Entirely hand-built by the Coachbuild division of Rolls-Royce, the car’s outline is based on that of racing yachts from the first part of the 20th century. It begins with a “Pantheon” grille milled from a solid aluminum billet and with a Spirit of Ecstasy mascot in rose gold; while at the rear, the walnut veneer deck opens butterfly-style to reveal a picnic set with plates and cutlery, and refrigerators for wine. Should you wish to keep the sun off your meal, there’s even an umbrella that attaches to the car to handle the task.

The automaker won’t reveal the buyer, other than to say his family business started with his father’s work in the pearl industry. Given that the car’s new owner is also an art collector and “additionally owns a sizeable collection of classic and modern cars, housed in a dedicated private museum,” he shouldn’t have any trouble handing over the cash — the amount of which also has not been whispered by Rolls-Royce, but estimates are in the range of US$28 million.

During what must have been an extremely lengthy process of figuring out how the car would be equipped, the buyer took four pearl shells out of his private collection, chosen “for their unique colour and complexity.” Rolls-Royce then created the exterior colour based on them, and said it is one of the most complex finishes the automaker has ever made. The oyster-and-rose shade includes white and bronze mica flakes so the paint looks subtly different depending on the light.

The owner also chose Royal Walnut for the rear veneer based on how the wood’s shade will mature over time. Its cognac shade was created specifically for the car and contains bronze- and gold-coloured aluminum mica flakes in the clear coat. The car’s lower sills use a fibre woven with rose-gold thread. 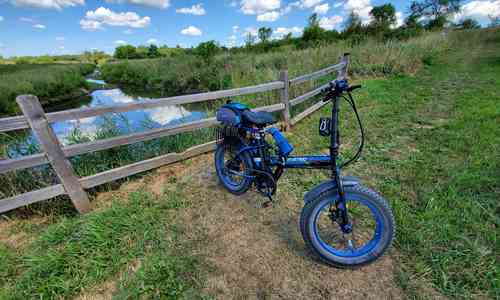 Inside, the car is finished in cognac- and oyster-coloured leathers, Royal Walnut veneer, and rose gold and mother-of-pearl accents. The transmission tunnel is made of veneer as well, with rose-gold pinstripes to match those on the rear deck. The clock in the dash is one of the buyer’s timepieces, and the car’s other gauges were created to match it.

The car’s reveal on the shores of Lake Como in Italy would, one hopes, give the owner an opportunity to drive it on some winding European roads and then enjoy a lakeside picnic — as pricey as it is, the idea is to drive it, after all. Rolls-Royce has promised a third Boat Tail and that will be the final one ever, so we’ll wait to see what’s coming up for the last hurrah.